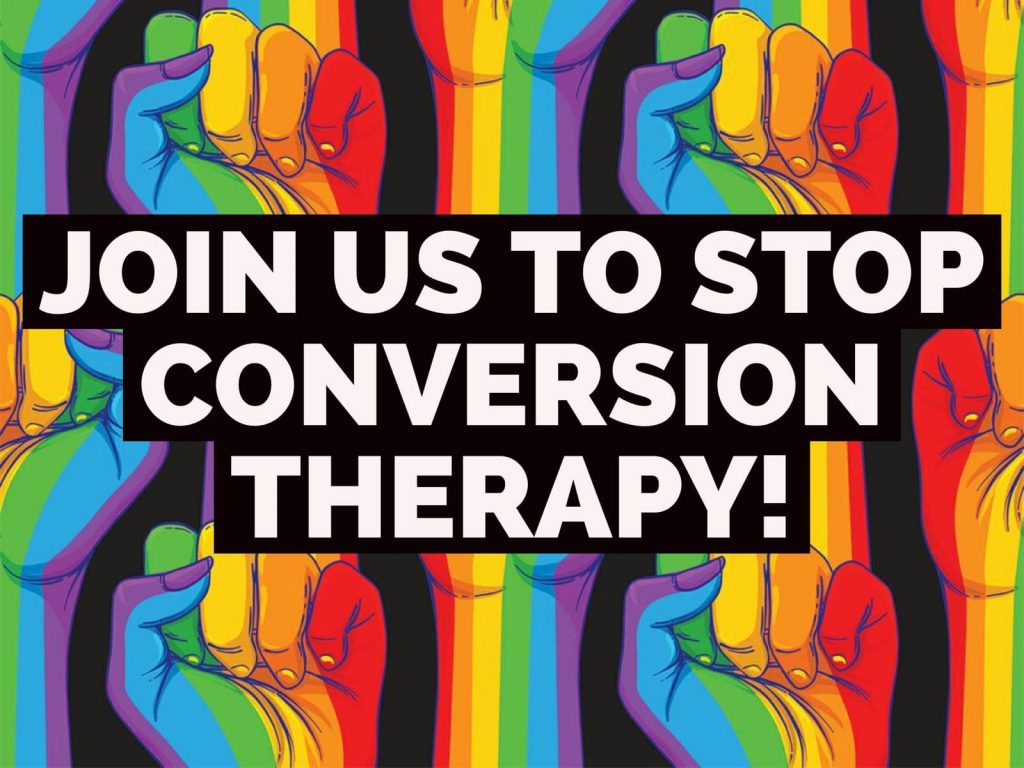 What Conversion Therapy Is.

Go read a real person account of the cruelty of Conversion Therapy on our post about Garrard Conley Story ‘the Boy Erased’. Although his story is based in the USA the methods and the damaging effects are the same.

In a 2015 survey, The NHS reported that 10% of care staff have witnessed a colleague express the belief that homosexuality can still be cured; this figure rises to 22% in London specifically.

More than 200 therapists still engage in trying to cure people of their homosexuality. The full extent of the problem is that most organisations that practice conversion therapy do so in relative secrecy, often in closed-off religious communities.

Conversion therapy is still happening all around Britain and Northern Ireland today.

Groups such as the Core Issues Trust still operates in the UK freely today. It is a Northern Ireland registered charity, which also entitles it to certain tax exemptions.

It is proven not to work and its causing beautiful and wonderful LGBTQ+ adults and youths to lose their lives and leaving many of them mentally scarred. This needs to end now.

Britain and Ireland have drawn up bills to outlaw conversion therapy but they have yet to be put in place as of 2020 saying it is “complex issue”. We think this is just not good enough.

All major counselling and psychotherapy bodies, as well as the NHS, have concluded that the practice is dangerous and have condemned it by signing a Memorandum of Understanding.

So we need to group together and get word out about this barbaric practice and get it banned in as many places as possible in the UK!

JOIN THE FIGHT AGAINST CONVERSION THERAPY!

We have started a Change.com petition to get it banned COMPLETELY in the UK, Scotland and Northern Ireland. So join us in the fight against these abusers and help the many LGBTQ+ teens and adults affected by this practice.

So help us and sign this petition to get the government to REALLY notice this problem and to do something about it.

This practise needs to be stopped.

Earlier this year, the Queen announced plans for the government to ban conversion therapy in the UK. While this is a significant win, this only pans the treatment being conducted by medical professionals.

This is not enough.

We need a legislative ban on conversion therapy.

Are You a Victim of Conversion Therapy?

If you’re a victim of conversion therapy, or if your sexuality or non-religious views have caused you to become cut off from your community or to experience shunning, abuse, or ostracism, go to Humanism.org and use their support service Faith to Faithless. They use different forms of peer support, signposting, and other resources to help you navigate your situation.

Also go to Stonewall.org.uk who have have resources and information on Conversion therapy and helplines if you are in need!

These are just a couple resources you can use, but there are so many more out there! So please if you are in need, reach out, there are people who want to help you. You are Valid.