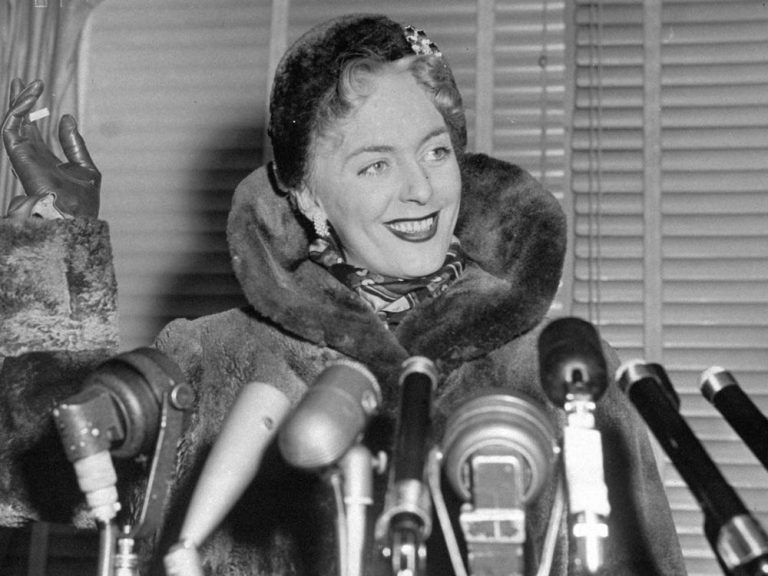 Who was Christine Jorgensen

Christine was born George William Jorgensen, Jr. on 30th May 1926 in the Bronx, New York City. As a child, Jorgensen felt very different from other little boys and remained secluded and shy. The boys poked fun at Jorgensen’s feminine tendencies and even her own sister would chime in now and then.

She seemed to gravitate toward dolls and dreamed of having the elegant feminine qualities that a woman possessed. In one of Jorgensen’s early memories, she recalled questioning her identity to her mother: “‘Mom,’ I asked, ‘why didn’t God make us alike?’ My mother gently explained that the world needed both men and women and there was no way of knowing before a baby was born whether it would be a boy or girl.”

Jorgensen’s family was very close, and her grandmother became Jorgensen’s biggest champion and supported Jorgensen expressing her identity. In high school, she developed an attraction to her male friends, but she knew at the time, she was not gay. Instead, she realised that she was a woman trapped inside a man’s body.

After Jorgensen graduated high school during World War II, she tried to enlist in the Army, but she was denied because of her dainty size and weight. However, a couple of months later she was drafted into the Army and stationed at Fort Dix, New Jersey. During Jorgensen’s service, she kept mostly to herself and concealed her attraction to men.

At the time, many service members feared being exposed or labelled as a homosexual, which could get a soldier prison time, a dishonourable discharge, or court-martialed. Jorgensen explained “I wanted to be accepted by the army for two reasons. Foremost was my great desire to belong, to be needed, and to join the stream of activities around me. Second, I wanted my parents to be proud of me.” She worked as a clerical worker, managing thousands of discharged soldiers after VE Day for 14 months until she herself was honourably discharged in December 1946. 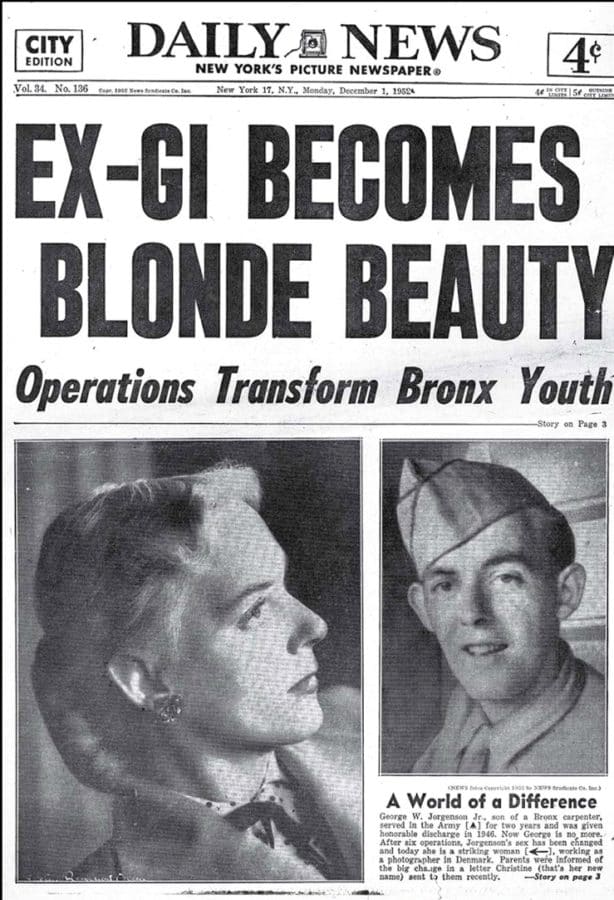 After Jorgensen’s military service, she went to photography school in New Haven, Connecticut, and dental assistant school in New York City. Christine Jorgensen was still unhappy with her life, however, and she began to look for answers in books, hoping she might find answers. One book called The Male Hormone piqued her interest and helped explain her problems, which led her to start taking oestrogen. Then, she consulted with doctors about surgeons in Europe who had already performed sex reassignment surgery. Jorgensen was determined to be transformed into a woman, and in 1950, she travelled to Denmark to pursue her dreams.

When Jorgensen arrived in Denmark, she met endocrinologist Dr Christian Hamburger, who agreed to do the experimental procedure for free. He was the first person to diagnose Jorgensen as transsexual and not homosexual.

For the next two years, Jorgensen underwent hormone treatment, psychiatric evaluations, and finally surgery to remove her male genitalia. Unfortunately, she did not receive a surgically created vagina until years later when she was back in the United States.

Before she returned to the US, she had one last alteration to make in order to complete her transformation. She changed her name to Christine in honour of Dr Hamburger’s work of making her dreams come true.

Upon Jorgensen’s arrival home, her story reached the newspapers and on 1st December 1952, she made the front page of the New York Daily News under the headline “Ex-GI Becomes Blonde Beauty: Operations Transform Bronx Youth.” In the following months, hundreds of newspapers featured her story, and she became an overnight sensation. The press and public’s reaction came as a great shock to Jorgensen: “I was surprised that everyone seemed very interested in my life… time went on and I realised this was an important step in the eyes of the world.”

Reception in the Press

Headlines emphasised her GI background and embraced her as an American beauty by describing her long legs, blonde hair, and high fashion clothes. Jorgensen’s patriotism as a WWII veteran and beautiful feminine attributes embodied American values, which captivated the public and press.

Her transition from a man to a woman also showed the world the advancement of technology and medical science. These qualities help explain why the press and American society celebrated Jorgensen’s story. Although not everyone was so kind.

Like most members of the LGBTQ community, Jorgensen experienced her share of hate and discrimination. Six months after the media released her story, reporters reached out to the surgeons who performed Jorgensen’s surgery. The surgeons released information that although Jorgensen removed her male genitalia, she did not have a vagina.

Before this incident, the press assumed Jorgensen had a vagina. Her former supporters felt betrayed at the discovery and claimed she could not be a woman without ovaries and women’s other reproductive organs. Previously, Jorgensen avoided questions relating to her anatomy by focusing on her war background and physical appearance. The media soon shunned her and, according to author David Serlin, “they exposed her as an ‘altered male’-and, later, a ‘morbid’ transvestite… Jorgensen was seen as nothing more than a limp-wristed queer who indulged in activities culturally identified as female and therefore effeminate.”

She felt incomplete without a vagina until the day finally came, in May 1954, when Jorgensen underwent a vaginoplasty performed by Dr Joseph Angelo and Dr Harry Benjamin.

After her vaginoplasty, Jorgensen planned to marry labour union statistician John Traub, but the engagement was called off. In 1959 she announced her engagement to typist Howard J. Knox in Massapequa Park, New York, where her father had built her a house after her reassignment surgery. However, the couple were unable to obtain a marriage license because Jorgensen’s birth certificate listed her as male. In a report about the broken engagement, The New York Times reported that Knox had lost his job in Washington, D.C. when his engagement to Jorgensen became known.

After her parents died, Jorgensen moved to California in 1967. She left behind the ranch home built by her father in Massapequa and settled at the Chateau Marmont in Los Angeles, California, for a period of time. It was also during this same year that Jorgensen published her autobiography, Christine Jorgensen: A Personal Autobiography, which chronicled her life experiences as a transgender woman and included her own personal perspectives on major events in her life.

During the 1970s and 1980s, Jorgensen toured university campuses and other venues to speak about her experiences. She was known for her directness and polished wit. 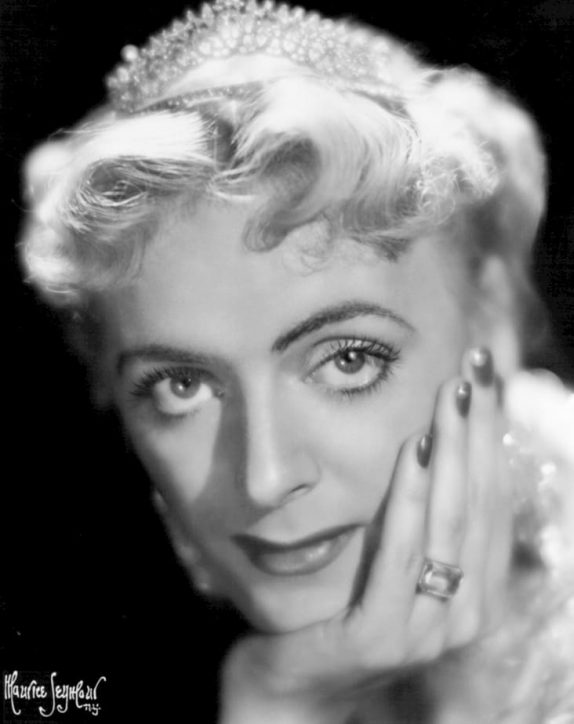 Christine Jorgensen also worked as an actress and nightclub entertainer and recorded several songs. She played Madame Rosepettle in the play Oh Dad, Poor Dad, Mamma’s Hung You in the Closet and I’m Feelin’ So Sad. In her nightclub act, she sang several songs, including “I Enjoy Being a Girl”, in which, in the end, she made a quick change into a Wonder Woman costume.

She later recalled that Warner Communications, owners of the Wonder Woman character’s copyright, demanded that she stop using the character; she did so and instead used a new character of her own invention, Superwoman, who was marked by the inclusion of a large letter S on her cape.

Jorgensen continued her act, performing at Freddy’s Supper Club on the Upper East Side of Manhattan until at least 1982 when she performed twice in the Hollywood area: once at the Backlot Theatre, adjacent to the discothèque Studio One, and later at The Frog Pond restaurant.

In 1984, Jorgensen returned to Copenhagen to perform her show and was featured in Teit Ritzau’s Danish transsexual documentary film Paradiset er ikke til salg (Paradise Is Not for Sale). Jorgensen was the first and only known trans woman to perform at Oscar’s Delmonico Restaurant in downtown New York, for which owners Oscar and Mario Tucci received criticism.

Jorgensen’s highly publicised transition helped highlight gender identity and shaped a new culture of more inclusive ideas about the subject. As a transgender spokesperson and public figure, Jorgensen influenced other transgender§ people to change their sex on birth certificates and to change their names.

Jorgensen saw herself as a founding member in what became known as the “sexual revolution”. Jorgensen stated in a Los Angeles Times interview, “I am very proud now, looking back, that I was on that street corner 36 years ago when a movement started. It was the sexual revolution that was going to start with or without me. We may not have started it, but we gave it a good swift kick in the pants.”

On 3rd May 1989, Christine Jorgensen died from bladder and lung cancer. Although gone, her incredible story still resonates and offers hope for transgender veterans as they pursue fulfilment.

Jorgensen concluded, “The answer to the problem must not lie in sleeping pills and suicides that look like accidents, or in jail sentences, but rather in life and freedom to live it.”

In 2012 Jorgensen was inducted into the Legacy Walk, an outdoor public display that celebrates LGBT history and people.

In 2014, Jorgensen was one of the inaugural honourees in the Rainbow Honor Walk, a walk of fame in San Francisco’s Castro neighbourhood noting LGBTQ people who have “made significant contributions in their fields”.

In June 2019, Jorgensen was one of the inaugural 50 American “pioneers, trailblazers, and heroes” included on the National LGBTQ Wall of Honour within the Stonewall National Monument (SNM) in New York City‘s Stonewall Inn – just like in our previous articles covering Jeanne Manford and Stormé DeLarverie.