Androgyny can be defined in a number of ways, including “the combination of masculine and feminine characteristics into an ambiguous form”. It can be expressed in relation to sexual identity, gender identity, biological sex, or gender expression.

Those who consider themselves androgynous may idnetify as non-binary, gender neutral or gender queer. Others express themselves through their personal style or fashion choices, like myself.

My Experience with Androgyny

I always remember the first time I was called androgynous. I was sat having a drink with 2 of my friends and I was taken aback and even offended at first. But when I thought about it I was actually grateful and it made so much sense to me.

I was already comfortable in my own skin and with my gender identity at this point, but others had always been critical of the way I looked and it was almost as if I suddenly understood more about who I was.

There have always been androgynous people throughout history which led me to look into some of the more famous or well-known people throughout time and those who continue to inspire us today. This is not a definitive list and there are many more poeple 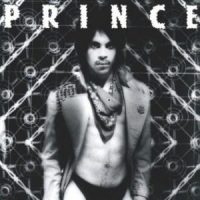 The music of the 1980s was rife with glam and ‘gender-bending’ and arguably none were as visible and vocal as the Purple One himself. This is seen particularly on Prince’s 1980 album Dirty Mind, or his 1986 album Parade. Throughout his career there are plenty of examples of him using make-up and wearing women’s clothes. 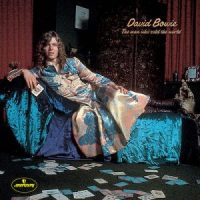 David Bowie famously reinvented himself with new personas around each album and was one of the first androgyous celebrities to be accepted into mainstream culture. Bowie’s third studio album The Man Who Sold The World features him dressed in a lavish dress while lay across a bed. His cult films allowed him to experiment with his identity further and for many he is still considered the father of glam rock.

She has come a long way since she became part of the mainstream culture of the back of her role in Twilight. She has continued to experiment with her looks and sexuality since and makes no apologies for who she is or how she looks.

When Boy George first entered the scene in the 1980s with his band Culture Club he shocked many people with his use of make-up and clothes. He even cites David Bowie as his inspiration and sees himself as an “old-fashioned gay man”. 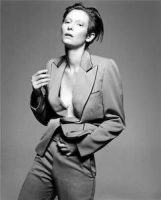 Tilda can and has played both male and female roles as an actress on film and television and has talked about how she has always been interested in androgynous style. Her confidence exudes from every red carpet outfit she wears. 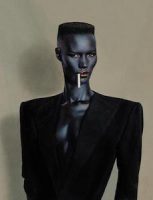 Grace Jones is seen by many as one of the most androgynous women around. She is most well-known for her work as a model, actress and singer and one of her most iconic photos comes from the cover of her 1981 album Nightclubbing where she is seen wearing a man’s Armani jacket and an unlit cigarette in her mouth. Jones once said “I go feminine, I go masculine – I am both, actually”.

Annie Lennox caught the public’s attention as the lead singer of the band Eurythmics with her signature short hair style. This had led many to question her sexuality over the years and she has a strong gay following having always been vocal about LGBT rights.

Izzard has always confused audiences with his cross-dressing and has referred to himself as a “male tomboy” or a “lesbian trapped in a man’s body”. In an interview in 2016 he said: “I identify somewhat boyish and somewhat girlish. I identify both, but I fancy women.”

Most people know Ruby Rose when she starred as Stella Carlin in Orange Is The New Black but she first gained notoriety after she made her film Break Free in 2014 to raise awareness for “gender roles, Trans, and what it is like to have an identity that deviates from the status quo.”

CHRISTINE AND THE QUEENS

This is the persona of Hélöise Letissier who is an an androgynous, outsider who has a taste for hip-hop and takes inspiration from David Bowie. She sees gender as a “construct” and isn’t afraid to show off her more masculine side. 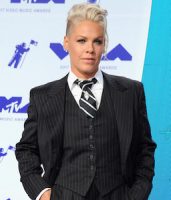 P!NK is a personal favourite of mine and has played with her androgyny for years whether she’s wearing a dress on the Truth About Love Tour or in her Walk Me Home music video or rocking a tuxedo as she turns up the VMA’s with her daughter Willow and husband Carey Hart. She famously made a speech about androgynous artists as she accepted the Video Vanguard Award in 2017 and has always campaigned for LGBT rights and equality. 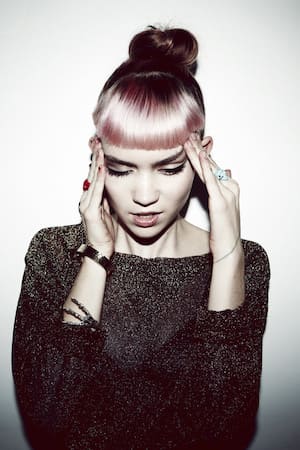 Grimes (Claire Boucher) identifies as gender-neutral and has shared that although they are impartial to gender pronouns, wishes that the press and public didn’t always classify Grimes as a female. 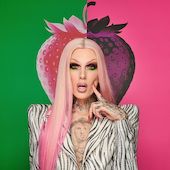 Jeffree has said on several occasions that he likes the androgynous look and has even named one of his makeup palettes ‘Androgny’. He described it as “a good example of being you, being completely fearless and really not letting anyone tell you what to do. It’s very masculine and feminine at the same time. That word means a lot to me.” 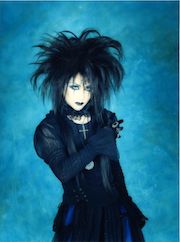 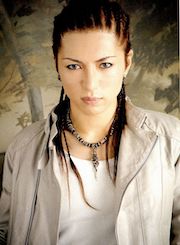 Gakuto Oshiro is better known by his mononymous stage name Gackt, and is a Japanese musician, singer, songwriter, record producer and actor. He has been active since 1993; as the frontman for the independent band Cains:Feel, and then for the now-defunct visual kei rock band Malice Mizer, before starting his solo career in 1999. 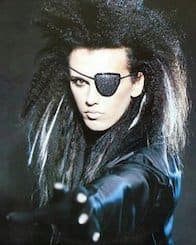 Pete Burns was an English musician and television personality. In 1979 he founded the band Nightmares In Wax who in 1980 changed their name to Dead or Alive. Burns was known for his ever-changing, often androgynous appearance, which he freely admitted was greatly modified by cosmetic surgery. 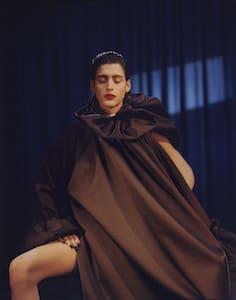 Alejandra Ghersi is largely known by the stage name Arca and is a Venezuelan musician and producer. Arca came out as non-binary in 2018, later adding that she identifies as a trans woman, and goes by she/her and it/its pronouns. 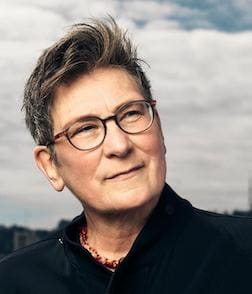 k d lang is a Canadian singer and musician. In a 2008 interview, she commented on her look: “I’ve always had an interesting relationship with my androgyny,” she says. “It’s kind of breadfruit – it looks poisonous but it’s really good once you figure out how to get into it. I think the combination of my voice and my look was pre-ordained.”