Henry Gerber and the Society for Human Rights 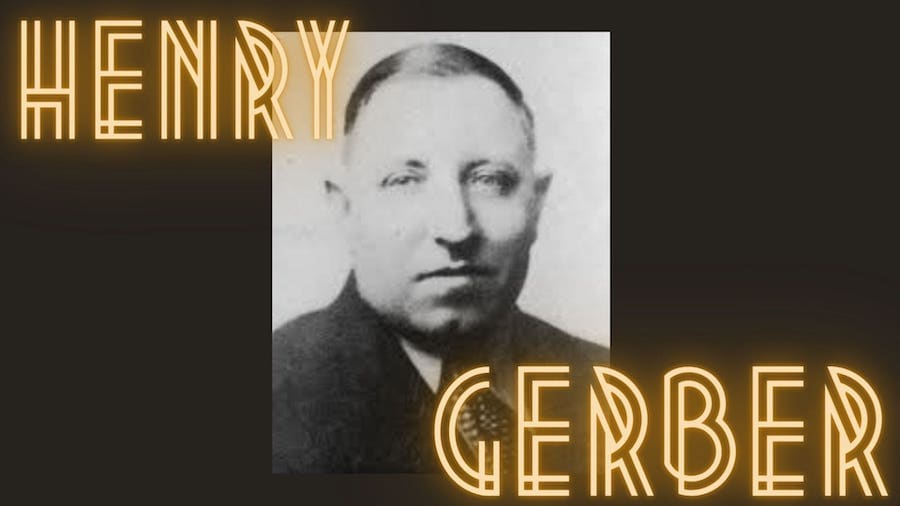 Henry was born Heinrich Joseph Dittmar on June 29th 1892 in the city of Passau in Bavaria. He later changed his name to “Henry Gerber”. He did this when he immigrated from Germany in 1913 to the USA. In 1917, he, unfortunately, was committed to a mental institution because of homosexuality.

Time in the Army

Then if that wasn’t enough, the US just declared war on Germany in 1914, so Henry was given a choice. Because he was German, he could either become an enemy alien (this meant that because of the war, anyone from other nationalities could be apprehended, restrained, secured or they have to move out of the country), or enlist in the US Army.

Henry chose the army; he was assigned to being a printer and proofreader with the Allied Army of Occupation in Coblenz, Germany. He served in the army for around three years. Whilst in Germany, Henry heard of (MY GUY) Magnus Hirschfeld and learned about his and his Scientific-Humanitarian Committee and the work they were doing to reform anti-homosexual German law.

He absorbed all he could about his ideas, so after his military service, Henry returned to the US and started his own work.

Whilst he worked in a postal office, he started his own group on the side, he called it The Society for Human Rights (SHR) in Chicago in 1924 and assigned himself as secretary.

He then filed an application for a charter as a non-profit organisation with the state of Illinois, which stated the goals and purposes of the SHR and took on a man named John T. Graves who signed on as president of the organisation. Five others were listed as directors.

The state finally granted the charter on 10th December 1924, making SHR the oldest documented homosexual organisation in the nation.

The organisation produced the first American publication for homosexuals called “Friendship and Freedom”.  Few SHR members were willing to receive mailings though, in fear that they’d be found out by postal inspectors as such publications were seen as “obscene” until 1958.

Henry and John decided to limit the SHR membership to just gay men and excluded bisexuals. But unknown to them, one of the members Al Weininger was married with two children. His wife found out about the SHR and reported them and him to a social worker in the summer of 1925, calling them “ degenerates”.

Because of this the police interrogated Henry and arrested him, along with John T. Graves, Al Weininger and another member. The Chicago Examiner reported the story at the time under the title “Strange Sex Cult Exposed”. Henry was tried three times but eventually, the charges were dropped. But unfortunately, his defence team cost him his whole life savings, some or all of which may have been in the form of bribes paid through his lawyer.

Because of his charges, he lost his job at the postal office, for in their words “conduct unbecoming a postal worker”. As a result, the group was forced to disband before it could fully embark on its mission to promote tolerance and understanding of homosexuality. Henry Gerber was left very bitter that none of the wealthy gays of Chicago would come to his or the organisation’s aid.

In 1927, after the demise of the SHR, he decided to travel to New York, where he would meet an old friend from his army days, who introduced him to a colonel, who convinced him to enlist again, so he did. Henry was posted to Fort Jay on Governors Island, where he used his skills as a proofreader and editor to help the Army Recruiting Bureau in the production of their magazines and recruiting publications.

Henry, whilst still in service, ran a pen pal service called “Connections”. Beginning in 1930, the service had around 150 to 200 members, most of which were straight. But he would sometimes still write for magazines, making a case for homosexuality. But he would do so under the pseudonym “Parisex”.

Although he kept his sexuality a low profile, that didn’t stop rumours and the occasional harassment, which sadly got him an honourable discharge.

He continued writing and sharing his story in the following decades, joining many different organisations and movements including the Stonewall Riots in 1969.

Henry spent the last decades of his life as a resident of the Soldiers’ and Airmen’s Home. There he worked on his memoirs (the manuscripts are unfortunately thought to be lost).

Sadly, Henry Gerber was 80 years old when he died at the home on 31st December 1972.  He was buried in the adjoining United States Soldiers’ and Airmen’s Home National Cemetery.

Despite its brief existence and its small size, the Society for Human Rights is recognised as the first homosexual rights organisation in the United States – a precursor to the modern “gay liberation movement” that would not come about until three decades later.

A Short but Effective Legacy

Henry Gerber was inducted into the Chicago Gay and Lesbian Hall of Fame in 1992.

The Henry Gerber House contains the apartment where Henry lived when he founded the SHR and was made a landmark on June 1 2001.

That is the short but interesting story of Henry Gerber.