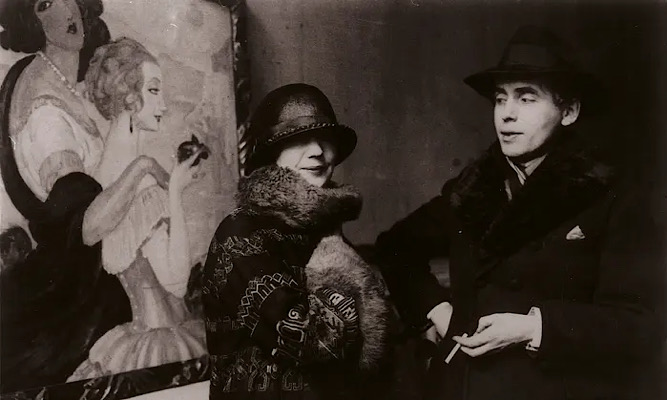 Lili Elbe, also known as Lili Ilse Elvenes is generally believed to have been born in 1882, in Vejle, Denmark.

Some of our audience may know this story if they have seen the film The Danish Girl, featuring Eddie Redmayne. Here I have tried to find out more information that was not necessarily included in the film.

It is speculated by some that Elbe was intersex, although that has been disputed. Some reports indicate that she already had rudimentary ovaries that were discovered in her abdomen during some of her surgeries and may have had Klinefelter syndrome. This is a set of symptoms that result from two or more X chromosomes in males. The primary features are infertility and small, poorly functioning testicles.

Elbe met Gerda Gottlieb (later known professionally under her married name Gerda Wegener) while they were students at the Royal Danish Academy of Fine Arts in Copenhagen, and they married in 1904 when Gottlieb was 19 and Elbe was 22.

Elbe was a successful painter under her birth name Einar Magnus Andreas Wegener. The couple worked as illustrators, with Elbe specialising in landscape paintings while Gottlieb illustrated books and fashion magazines.

Elbe received the Neuhausens prize in 1907 and exhibited at the Artists’ Fall Exhibition, at the Vejle Art Museum in Denmark, where she remains represented, and in the Saloon and Salon d’Automne in Paris.

Elbe started dressing in women’s clothes after she found she enjoyed the stockings and heels she wore to fill in for Gottlieb’s model, actress Anna Larssen, who on one occasion was late for a sitting. This is believed to have happened around 1908.

Despite hesitation at first, she eventually succumbed to her wife’s pleas, donning a pair of stockings and heels. “I cannot deny, strange as it may sound, that I enjoyed myself in this disguise,” she later wrote. “I liked the feel of soft women’s clothing. I felt very much at home in them from the first moment.” Elbe began to pose for her on an ongoing basis, and after a few years, began to dress as a woman on a regular basis outside of being Gottlieb’s model.

Larssen was also a good friend of the couple and it was her who suggested the name, Lili. Larssen reportedly said, “You know…, you were certainly a girl in a former existence, or else Nature has made a mistake with you this time.”

Gottlieb became famous for her paintings of beautiful women with haunting, almond-shaped eyes, dressed in chic apparel. The model for these depictions of petite femmes fatales was Elbe. After news broke that these paintings of high-fashion women were done using her husband as the model, the gender-bending scandal forced the couple to leave Copenhagen in 1912 for the more accepting city of Paris.

By the 1920s, Elbe regularly presented with that name as a woman, attending various festivities and entertaining guests in her house.

Having initially tried speaking to professionals, doctors and psychologists labelled her as schizophrenic in order to explain what they called “malady.” (Which is defined as a disease or an ailment). They initially prescribed radiation therapy to try and “cure” her – and I use the term cure very loosely.

Elbe spent 20 years dressing as a woman and Gottlieb would even introduce Elbe as her sister-in-law. But by 1930 Elbe could not bear this double life any longer. She made the decision to commit suicide, even naming a date – 1st May 1930. This is barely mentioned in the movie The Danish Girl.

Instead, she thankfully made a different choice, electing to undergo a series of pioneering gender reassignment operations. Later in 1930, Elbe went to Germany for sex reassignment surgery, which was highly experimental at the time. 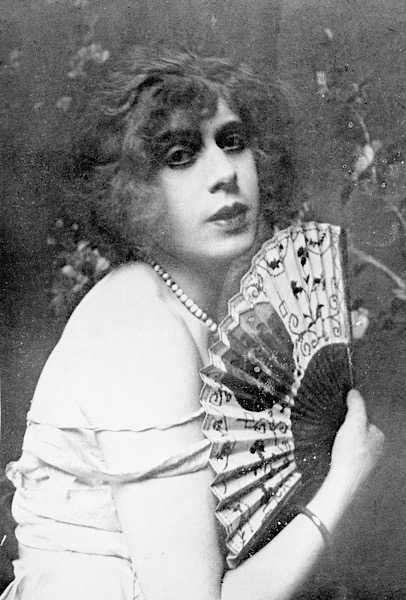 A series of four operations were carried out over a period of two years. The first surgery, removal of the testicles, was performed by Dr Erwin Gohrbandt, under the supervision of sexologist Magnus Hirschfeld in Berlin. Without his work and his groundbreaking research into human gender and sexuality, the transition would not have been possible.

By the time Hirschfeld met Elbe in 1930, he was well acquainted with the extremes that many patients were willing to go to in order to change their gender. By now, Hirschfeld’s original questionnaire, designed to document the realm of transsexuality, had expanded to 130 questions and he had collected data across tens of thousands of individuals.

Elbe was reportedly disgusted by the questionnaire and the ambiguity of transsexuality. Rainer Herrn, who is a sexology researcher at Charité hospital in Berlin says that Elbe “refused the descriptions of sexual intermediates such as transvestites and hermaphrodites, it was not acceptable for her. For him, there was no ambiguity, he was a woman. So he was very irritated by the whole process.”

The rest of her surgeries were carried out by Kurt Warnekros, a doctor at the Dresden Municipal Women’s Clinic. The clinic was later destroyed with its records in Allied bombing raids.

The second operation was to implant an ovary onto her abdominal area, the third to remove the penis and the scrotum.

It is reported that Elbe was able to pay for the gender reassignment surgeries by selling off some of her paintings. The cost of the surgeries was around 5,000 kroner – about $18,350 in today’s currency, or £13,389.

By this time, her case was a sensation in Danish and German newspapers.

Elbe was unable to divorce Gottlieb as she was no longer recognised as Einar Wegener. Instead, Christian X, the King of Denmark, granted a special decree that voided Einar Wegener’s 1904 marriage to Gerda Gottlieb. As a result of the king’s annulment of their marriage, the divorce became official on 6th October 1930.

Elbe was able to have her sex and name legally changed too. Her name was changed and she even received a passport under the name Lili Ilse Elvenes. It was also during this time that she stopped painting because it was something that was a passion of Einar’s, not Lili’s. “It is not with my brain, not with my eyes, not with my hands that I want to be creative, but with my heart and with my blood” she later wrote.

Lili returned to Dresden and adopted the surname Elbe to honour the Elbe River that flows through the city. She began a relationship with French art dealer Claude Lejeune, whom she wanted to marry and wished to have children.

“[Elbe] wanted to have implanted ovaries and a uterus because at that time, to be a real woman, you have to be capable of having children,” Hern says. “That was [her] ideal, [she] was obsessed by this. In [Elbe]’s biography which is based on her diaries, [she] always fantasises about being a ‘complete woman.’”

In 1931, Lili Elbe had her fourth surgery, to transplant a uterus and construct a vaginal canal. This made her the second transgender woman to undergo a vaginoplasty surgery, a few weeks after Dr Erwin Gohrbandt performed the experimental procedure on Dora Richter.

Lili wrote after the operations about “The fervent longing in my woman’s life is to become the mother of a child”.

Elbe’s immune system rejected the transplanted uterus, and the operation and a subsequent surgical revision caused an infection, which led to her death from cardiac arrest on 13th September 1931, three months after the surgery.

Lili Elbe was buried in Trinity Cemetery in Dresden. The grave was levelled in the 1960s. In April 2016, a new tombstone was installed, financed by Focus Features, the production company of The Danish Girl.

There was a US and UK English version of her autobiographical story were published posthumously in 1933 under the title Man into Woman: The First Sex Change.

In 2000, David Ebershoff wrote The Danish Girl, a fictionalised account of Elbe’s life. It was an international bestseller and was translated into a dozen languages. In 2015, it was made into a film, also called The Danish Girl, starring Eddie Redmayne as Elbe.

And that is the story of Lili Elbe.

My sources for this story on Lili Elbe include Wikipedia, The Guardian, and History vs Hollywood. 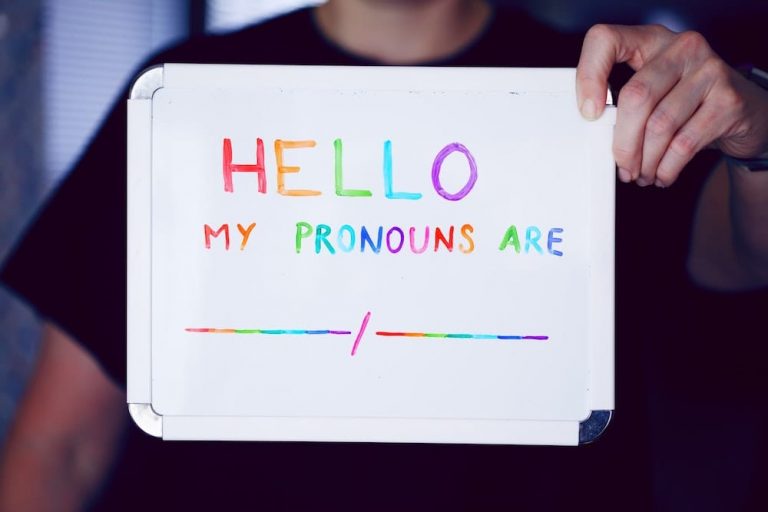