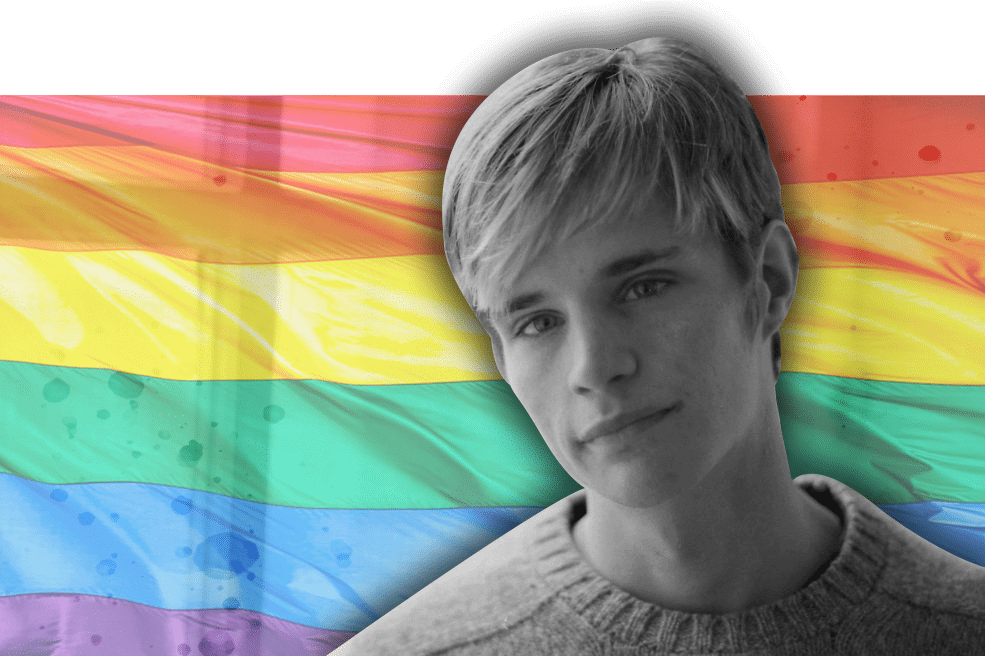 What happened to Matthew Shepard at the hands of a group of homophobes has become one of the most well-known murders in American history.

This is a graphic story so please be advised.

Who Was Matthew Shepard?

Matthew Shepard was born in Wyoming in 1976.  He went to public school until his junior (middle) year of high school when he moved with his family to Saudi Arabia where his Dad worked as an oil rig inspector.

Matthew completed his high school education at The American School in Switzerland because there were no American high schools in Saudi Arabia at the time. In both high schools, he was voted by his peers to be a peer counsellor.

He was easy to talk to, made friends easily, and actively fought for the acceptance of all people. Matt had a great passion for equality. His experiences abroad fuelled his love for travel and gave him the chance to make many new friends from around the world. Matt’s college career eventually took him back to Wyoming where he studied political science, foreign relations, and languages at the University of Wyoming in Laramie.

Matthew Shepard was murdered for being gay

At the time, Matthew was a 21-year old openly gay first-year student at the University of Wyoming in October 1998. He had met up with friends to plan LGBT awareness week on the town’s campus. He invited them for a drink afterwards but they decided not to join him.

He decided to go alone to the Fireside Lounge and began chatting to two roofing workers named Russell Henderson and Aaron McKinney, who were both the same age as him.

According to a statement that McKinney gave later, he and Henderson went into the bathroom at the Fireside Lounge and decided to act like they were gay to try to gain Matthew’s confidence. They later lured him into McKinney’s pick-up truck so they could rob him. Once in the vehicle, McKinney pulled out a gun, began to beat Matthew and stole his wallet – which only contained $20. 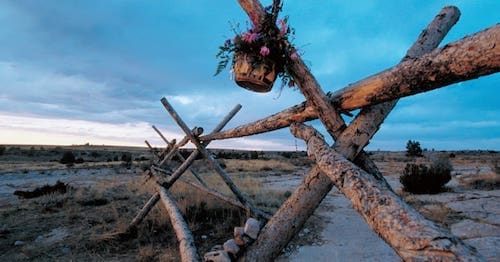 They then drive a mile out of town and down a dirt path that ended in a large area with bushes and grass. Henderson then used a clothesline to tie Matthew Shepard to a split-rail log fence. McKinney began to ferociously pistol-whip Matthew in the head and face with a very large Smith and Wesson revolver between19 and 21 times.

Sheriff O’Malley said “The only time I’ve ever seen those dramatic of injuries were in high-speed traffic crashes, you know, where there was just extremely violent compression fractures to the skull.”

McKinney and Henderson then stole Matthew’s leather shoes and left him to die. He would remain tied to the fence for 18 hours in the frigid cold.

The following evening, a teenager fell off his mountain bike while riding in the area and noticed what he thought was a scarecrow or a Halloween costume, but soon realised it was a person.

Policewoman Reggie Fluty responded and said “Matt was on his back with his arms behind him” He was breathing but it was very poor and shallow. She said she attempted to open his mouth to clear his airway but his jaw was clamped shut.

In hospital, it was discovered that as well as a crushed brain stem, Matthew also had 4 skull fractures.

His parents rushed to the hospital in Colorado to be with him but he never regained consciousness and unfortunately succumbed to his wounds 5 days later.

McKinney and Henderson were sentenced to two consecutive life terms for kidnapping and murder. Some have tried to play down the homophobic elements of Matthew’s murder but McKinney has continued to make plenty of homophobic remarks since then. This was undoubtedly a hate crime.

His original funeral was picketed by the notoriously anti-gay Westboro Baptist Church who held placards with homophobic slurs and shouted to mourners that Matthew was now burning in hell.

Matthew’s father Dennis remembers the law enforcement asking him to wear a bulletproof vest when he stepped outside the ceremony for fear of attacks. SWAT teams had also been positioned around the building including placing police snipers on surrounding rooftops as protection.

The couple kept their son’s urn of ashes at home until after the funeral, partly out of concern that any memorial might be desecrated.

In 2018, his remains were interred in Washington National Cathedral, which is the spiritual home of the nation and sees him rest alongside the likes of President Woodrow Wilson and Helen Keller.

At the time, his Judy mother said that she is relieved knowing that he will now be “safe and protected forever”. She recalls that as a boy Matt always asked her: “Do you think I’ll be famous someday?” “I guess he got there,” she adds.

This has become one of the most prominent anti-gay hate crimes in American history and saw the creation of an activist movement.

In 2009 the ‘Matthew Shepard and James Byrd, Jr. Hate Crimes Prevention Act’ was passed by President Barack Obama which is a federal law against bias crimes directed at lesbian, gay, bisexual, or transgender people.

James Byrd Jr. was murdered by three white supremacists in Jasper, Texas, in June 1998 who dragged him behind a pickup truck.

The story of Matthew Shepard has had immense media attention especially in the fight against bigotry and hate and inspired millions.

His parents Judy and Dennis Shepard started the Matthew Shepard Foundation in the aftermath of his murder to honour his life and aspirations.

The initial purpose of the Foundation was to “teach parents with children who may be questioning their sexuality to love and accept them for who they are, and to not throw them away.”

They said they shrugged it off when he came out to them as a teenager since they had already guessed he was gay. They continue to work tirelessly to ensure safety, visibility, and inclusiveness for the entire LGBT community knowing that the same hate and violence that sparked the attack still exists today. Wyoming, where the murder took place is among five US states that have no criminal hate crime law.

You can also make a donation to the Matthew Shepard Foundation to allow them to continue their important work fighting to replace hate with understanding, compassion, and acceptance.

All Gay Long made a donation to the Matthew Shepard Foundation in tribute to Matt and his life in September 2020.