The Life of Kenny Everett 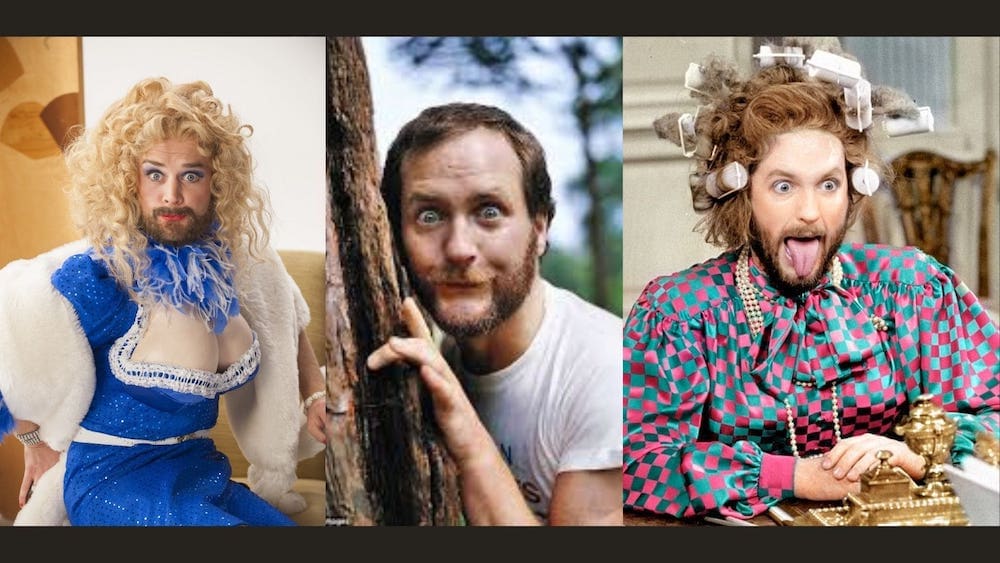 Born in Seaforth, Merseyside, on Christmas Day 1944, the young Maurice James Christopher Cole was a Catholic choirboy who became a bakery worker.

Back then, nobody would have dreamed he’d end up a friend of the stars and royalty, a man so popular and outrageous that superstars lined up to make fools of themselves on his shows.

In 1969, he had married Audrey Middleton, a former pop star and psychic better known by her stage name Lady Lee. By September 1979, they had separated, and he stopped publicly denying his homosexuality in the late-1980s. Later on, In the documentary Unforgettable Kenny Everett, his co-host states “Once I got to know him socially off the ship, it was very obvious that his sexual tendencies were homosexual and he looked at it as bad and so he fought it all the way.” As Kenny started to become more comfortable with his sexuality one of his first boyfriends, a waiter called Jay Pitt, was actually match made by his ex-wife as they remained good friends after their split.

Kenny Everett had written to the BBC in 1962 and sent a tape so good that the BBC offered him a job, but he turned them down. He decided in favour of the less constrained world of pirate radio, where he began his career as a DJ for Radio London. It was while working here, that he was advised to change his name to avoid legal problems. He adopted the name “Everett” from a childhood hero, the American film comic actor Edward Everett Horton.

He teamed up with Dave Cash for the Kenny & Cash Show, which became one of the most popular pirate radio programmes of the time. His offbeat style and likeable personality quickly gained him attention, but in 1965 he was dismissed after some outspoken remarks about religion on air.

Everett’s remarks about The World Tomorrow caused its producers to threaten to withdraw their lucrative contract with the station. Everett returned six months later, however, Radio Luxembourg gave him a fresh start, and more control to have his own show on Radio Luxembourg in 1966.

Johnny Beerling, a BBC producer, secretly visited them at this time and observed Kenny Everett at work: “I saw this man Everett doing everything. In the old way of doing things, the DJ sat in one room with a script. Someone else played the records and somebody else controlled the sound. Yet I see this man who has control of everything.”

He’d admired the control Everett had at Radio London. This guy, he felt, was doing far more than just spinning discs with some boring patter in between.

When BBC Radio 1 finally got him to sign a contract, they also gave him freedom but Kenny’s mouth got him into hot water. A joke about how the Transport Minister’s wife had bribed her driving-test examiner got him fired once more. Although the BBC said they felt his remarks were “indefensible”, it seemed a bit harsh for a joke.

After later signing a job with the BBC once more, Kenny became so big that he was often to be found hanging out with the very stars whose music he played.

Everett became close friends with Freddie Mercury, the lead singer of Queen after they met on Everett’s breakfast radio show on Capital Radio in 1974. They would party together, and there were also rumours of them being lovers later on. 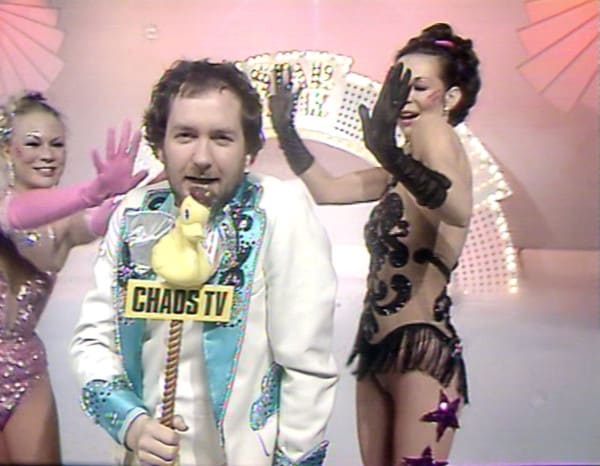 It was in 1978, at the height of his radio powers, that he moved into TV with a bang.

The latest hit singles were featured, often performed live by the bands and singers themselves.

And all sorts of people were more than happy to appear alongside THE Kenny Everett. From Cliff Richard to Billy Connolly, they’d all be struggling to keep a straight face as Everett created mayhem around them.

He did many different personas such as Captain Kremmen – a science-fiction hero, punk rocker Sid Snot and the lecherous Frenchman Marcel Wave were among them.

The shows third series ended with Kenny making a farewell speech as the crew removed the set and background scenery, picking him up and placing him in a dustbin.

Kenny would go on to create BBC’s The Kenny Everett Television Show.

The BBC offered him a live-audience sketch-format comedy programme, starting with a Christmas special on BBC 1 in 1981, followed by five primetime series between 1982 and 1988.

Thames Television claimed copyright on Everett’s characters and tried to prevent their use by the BBC. Although this action failed, it did lead to the creation of new characters such as orange-haired punk Gizzard Puke (intended to replace Sid Snot) and the cleverly named Cupid Stunt, a blonde, glamorous American B-movie actress who uttered the catchphrase “It’s all done in the best possible taste!” The Inept TV handyman Reg Prescott became another firm viewers’ favourite, as each week he managed to visibly injure himself with tools whilst attempting to demonstrate DIY tips.

Brazilian-born Cleo Rocos co-starred in the show. She often appeared in nothing more than frilly underwear and high heels.

In an interview on Ireland’s The Late Late Show with Gay Byrne and Sinéad O’Connor in February 1989, Everett was challenged by O’Connor about his support for the Tory Party in the light of his homosexuality and the Conservative’s Section 28 addition to the Local Government Act.

Everett clarified that he was not a “full Tory”, but that he had been appalled by the actions of Arthur Scargill, whom he saw as “inciting violence” and “rabble-rousing” and who he thought looked like “Hitler reborn”. He had consequently supported the actions of Margaret Thatcher in opposing Scargill. He said he would stand up for gay rights if he were asked providing “it was a jolly occasion”, but he also felt that being in a minority and in the public eye, he could do more for gay rights by showing that he was funny and human rather than by marching in the streets.

In 1988 his former wife, Audrey “Lady Lee” Middleton, who had remarried to actor John Alkin, published an autobiography with a foreword from Everett. After its publication and newspaper serialisation, Everett denounced the book for outing him.

Freddie Mercury reportedly sided with Middleton at the time and the fallout resulted in Middleton and Everett communicating only via their lawyers and him and Freddie didn’t speak for a while.

But a year later, Kenny Everett and Freddie Mercury had reconciled when both were suffering from the same health issues due to complications with HIV.

Everett was diagnosed as HIV positive in 1989 and he made his condition known to the public in 1993. He died from an AIDS-related illness on 4th April 1995, aged 50. He died 4 years after his dear friend Freddie.

A Catholic requiem mass was held at the Church of the Immaculate Conception in Mayfair, London. His body was cremated at Mortlake Crematorium. 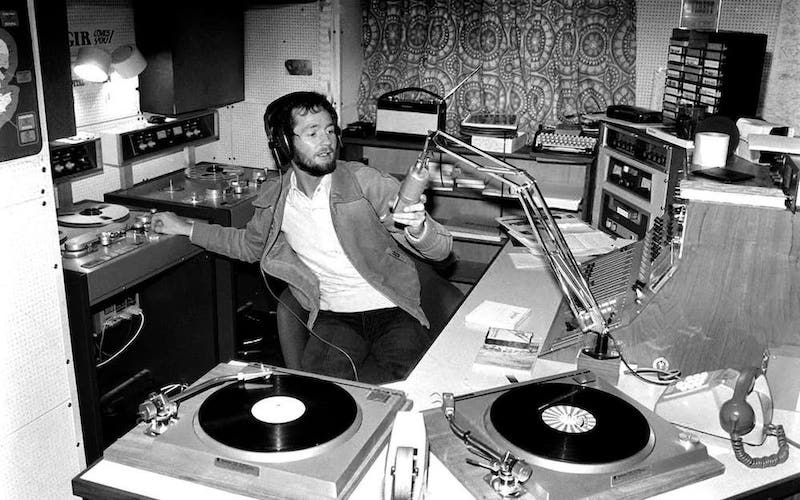 Everett is the subject of a 1997 episode of the Thames Television series Heroes of Comedy which covered his life and career from his beginnings on pirate radio up until his death. Celebrities such as Steve Wright, Cliff Richard, Cleo Rocos, Barry Cryer, Jeremy Beadle, Terry Wogan and Barry Took appear and talk about their experiences, collaborations and friendships with Everett and his influence on them.

On 18th November 2007, ITV 1 broadcast a tribute show to Everett entitled Licence to Laugh. This celebrated the 30 years since he first appeared on ITV with The Kenny Everett Video Show. Friends and colleagues revealed what it was like to know and work with the man they affectionately dubbed “Cuddly Ken”. Contemporary celebrities such as Chris Moyles and Chris Tarrant talked about their love for the funny entertainer and discussed the ways in which Everett had influenced them and their work.

The documentary When Freddie Mercury Met Kenny Everett, broadcast on Channel 4, tells the story of the relationship between the two men from the moment they met in 1974 when Mercury was a guest on Everett’s radio show, through lovers and drug-taking to when both died of AIDS. It features affectionate interviews by many people who were close to him.

In March 2010, the BBC confirmed that it was producing a 90-minute TV biographical film called Number One in Heaven, focusing on Everett’s unhappiness at secondary school.

On 3rd October 2012, the BBC broadcast a 90-minute TV biopic called The Best Possible Taste which focused on the performer’s relationship with his wife. Oliver Lansley played the part of Everett and Katherine Kelly that of Middleton.

Dickie Beau later portrayed Everett in the 2018 film Bohemian Rhapsody, a biographical drama about the life of Freddie Mercury.

At the time of his death, The Sunday Post was Quoted Saying “Britain – and many a rock star pal – had lost one of the funniest men we have ever produced, and the world has been a far quieter, duller place since.”