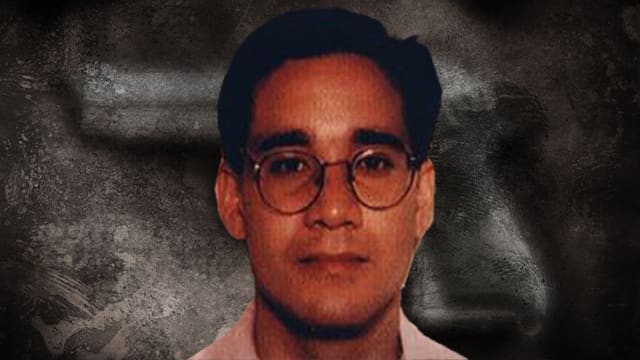 Andrew Cunanan was born in 1969 in National City, California, USA. In 1981, he was enrolled in The Bishop’s School, which was an independent day school in San Diego. It was here he met his lifelong best friend Elizabeth Cole. At school, he was bright, very talkative and had an IQ of 147.

As a teenager, he was quite a little storyteller and would come up with elaborate lies about himself and his family. He liked to also change his style and appearance up and was very into his fashion and his looks in general.

Andrew identified as gay in school, and this is where he started having liaisons with older and wealthier men. He graduated in 1987 and went to the University of California in San Diego where he majored in American History.

So in 1988 when he was 19, his father deserted the family to evade imprisonment for embezzlement, (a great role model). In that same year, Andrew started going to gay bars and restaurants. His mother being was very religious, and when she finally learned about what he was doing an argument broke out. This led to Andrew throwing his mother into a wall, which dislocated her shoulder. They later believed he was suffering from Antisocial Personality Disorder as he lacked any remorse or empathy towards the incident. He dropped out of uni in 1989 and settled in Castro District in San Francisco, which was a centre for LGBTQ culture, with his best friend Elizabeth and her boyfriend.

He was still seeing his wealthier, older men for money and started getting into and creating violent pornography. He was also selling prescription drugs and was using other aliases to do so. But as time went on Andrew Cunanan began to lose his appeal — and his lovers.

He started getting sick and had taken an HIV test but never returned for the results, instead he convinced himself he was HIV-positive. He became depressed and reportedly let himself go physically after another of his lovers left him.

In September 1996, Andrew dated Jeffrey Trail; they dated for a little while when the two lived in San Diego. The trail was a closeted naval officer. He decided to move to Bloomington, Minneapolis to manage a propane delivery company, and Andrew was reportedly heartbroken once again. According to friends he was abusing painkillers and was drinking a lot of alcohol “like there was no tomorrow”.

Things Went from Bad to Worse 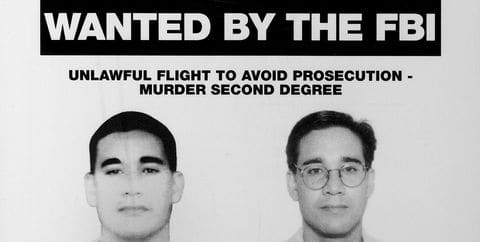 Later that month Andrew went to go visit Trail telling friends he “had to take care of some business matters with Trail”. Trail expressed to his sister that “he didn’t want Andrew to come”. He said “I have made a lot of enemies this weekend, I’ve got to get out of here. They’re going to kill me”.

Andrew arrived in Minneapolis the next day and actually stayed with Madson, as they were all mutual friends, but whilst being there he became convinced that Madson and Trail were secretly lovers – even though Trail at this point had another boyfriend. They went out to a nightclub and Andrew ended up staying at Trail’s place.

So whilst staying at his place, they got into a big argument. Before he left the apartment Andrew Cunanan stole Trails gun and took it to Madson’s apartment. Andrew then rang Trail from Madson’s place to tell him to come and retrieve the gun.

Upon Trail’s arrival, Andrew beat Trail to death with a hammer – in front of Madson. In shock, Madson helped him cover up the crime by rolling Trail in a rug and placing him behind the sofa. They stayed in the apartment for two / three days and even walked Madson’s dog.

On 2nd May 1997, Andrew drove up to the East shore of Rush Lake with Madson and with a 40 calibre semi-automatic pistol, shot Madson in the back of the head three times.

Then on 4th May, Andrew drove up to Chicago, Illinois and killed 72-year-old Lee Milgin.

He proceeded to pummel and kick him and then drove a pair of pruning shears into the man’s chest several times while muffling his screams. While Miglin was still alive, Andrew proceeded to slice his throat slowly with a hacksaw. Afterwards, Cunanan drove Miglin’s own Lexus over the body repeatedly.

The murder was very gruesome, and it was clear that Andrew was escalating. After Miglin’s murder, the FBI added Andrew Cunanan to its ‘Ten Most Wanted’ list.

At this point, the LGBT communities in several cities were on edge, and reports of Andrew sightings were sent in to police in multiple states. Posters of Andrew were plastered across Miami’s South Beach, and North Carolina’s gay nightclubs in Durham. It was rare for violence to come from within the gay community and rarer still that the police and federal investigators were listening to gay complaints.

On 9th May 1997, in Pennsville Township, New Jersey, at Finn’s Point National Cemetery, Andrew shot and killed 45-year-old caretaker William Reese. Later that day, when Reese did not return home for dinner, his wife visited the cemetery to check on him and found the caretaker’s office door ajar with the radio playing inside.

She then called the police, who found Reese shot in the head by the same pistol Andrew used to murder Madson. Unlike Andrew’s other victims, whom he killed for seemingly personal reasons, authorities believe Cunanan murdered Reese simply for his 1995 red Chevrolet pickup truck. Cunanan then used this truck to drive to Florida.

While the manhunt unsuccessfully focused on Reese’s stolen truck, the killer “hid in plain sight” for two months. Andrew used his own name to pawn a stolen item on 7th July, despite knowing that police routinely review pawnshop records. 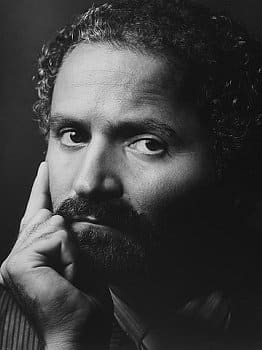 Then, on 15th July 1997, at around 8:45 a.m. Andrew Cunanan murdered 50-year-old Gianni Versace on the front stairway of his mansion in Miami Beach. Versace was returning from a visit to the News Cafe, where he picked up coffee and magazines. He was shot once in the back of the head and once in the left cheek with the same pistol Cunanan used to murder Madson and Reese. A witness pursued Cunanan but was unable to catch him as he fled into a nearby parking garage. Versace was pronounced dead at Jackson Memorial Hospital at 9:21 a.m.

Responding police found Reese’s stolen vehicle in a nearby parking garage. It contained Cunanan’s clothes and clippings of newspaper reports of Cunanan’s murders.

Many think that perhaps Versace, a wealthy, glamorous, and attractive symbol of Miami Beach, represented to Andrew all that he wanted and believed he deserved but ultimately could never have.

Versace’s murder led to a manhunt for Cunanan in Florida, and eight days later, on 23rd July 1997, as police closed in on a houseboat where Cunanan had been holed up, the serial killer used the same gun that killed Versace, to shoot himself in the head, killing himself.

Andrew Cunanan’s cremated remains are interred in the mausoleum at Cross Cemetery in San Diego.

After thinking he was HIV positive and getting all depressed, letting himself go, going into this drug and alcohol frenzy – after all the murders and everything, his autopsy revealed that he was HIV Negative.