Why was Section 28 so Damaging? 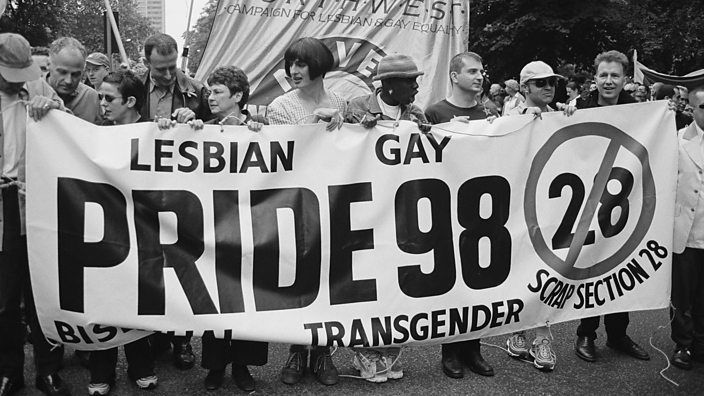 For many younger people, the first time they heard anything about Section 28 was when Divina De Campo talked about it on the first season of Ru Paul’s Drag Race UK. Well, the real story has a little more to it.

Section 28 was part of the Local Government Act 1988 which was passed in the UK on 24th May 1988 by Prime Minister Margaret Thatcher’s Conservative government. The amendment stated that the local government “shall not intentionally promote homosexuality or publish material with the intention of promoting homosexuality”, not shall they “promote the teaching in any maintained school (public school) of the acceptability of homosexuality as a pretended family relationship”. During this time, homosexuality in the UK was legal, but it was still heavily discriminated against. The 1980s saw the height of the HIV / AIDS crisis and a dramatic increase in stigma against gay and bisexual men. These negative and homophobic / biphobic attitudes continued to rise throughout the decade. These are sentiments that the Tory party picked up and used to their advantage during their election campaign in 1987 by using homophobic posters that criticised the Labour Party too. Thatcher even stated: “Children who need to be taught to respect traditional moral values are being taught that they have an inalienable right to be gay, ” she continued “All of those children are being cheated of a sound start in life. Yes, cheated.”

What Did it Mean?

Section 28 meant that not only were schools banned from discussing homosexuality, but Councils around the United Kingdom were prohibited from providing libraries with literature or films that contained gay or lesbian content, which forced people to look elsewhere for educational material. Some teachers even failed to step in to stop instances of homophobic bullying as they felt they would be breaking the law by doing so. Councils shut down any LGBTQ+ youth and support groups and most teachers at the time were too afraid to teach their students anything about same-sex relationships. 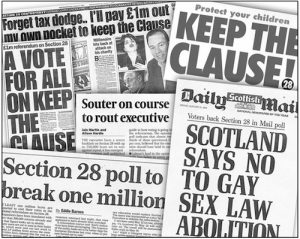 For many growing up at the time, or those coming to terms with their sexuality, they experienced isolation, insecurities, and often relentless bullying and abuse. The notion at the time, and the message from the media, was that being gay was something to be ashamed of. The effects of Section 28 are still felt by many; LGBTQ+ relationships remain a taboo subject in schools and a large proportion of student have never been taught how to be part of a healthy same-sex relationship or that there was another possible way of living that would be more suited to them. It was an attempted eradication of gay people in the public eye. As Divina De Campo put it, she “received flack from pretty much everyone in the school” just for being a child who was different from the others, and experienced “kids in the playground pushing and shoving and calling you a fag and throwing their drinks on you.” Needless to say that Divina was not alone in her experiences; she is just one example of what it was like growing up under Section 28.